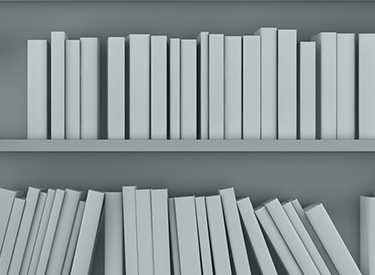 Invicro developed and optimized the radiosynthesis of 68Ga-DOTA-MLN6907, a peptide containing three disulfide bonds and specific to guanyl cyclase C (GCC), a cell surface target that is highly expressed in colorectal cancer. The optimized radiolabeling procedure was used to support a variety of preclinical in vivo imaging studies and supported subsequent GMP labeling method development. … Continued

This combined in vivo / ex vivo study of canine pancarpal arthrodesis utilized advanced imaging to achieve the same endpoints with 10 canines as a previous ex vivo only study using 50 canines. During a bone fusion surgery, a putty containing a protein radiolabeled with both 124I and 125I was applied to joints with two … Continued

The prevalence of chronic kidney disease has triggered the growth of preclinical renal imaging to augment better diagnostics and early detection. With the strong correlation between kidney and cardiovascular diseases, the renal blood flow has become a subject of interest for molecular imaging, which plays an important role in biomarker discovery. At Invicro, ex vivo … Continued

Quantitative x-ray computed tomography is used for structural and chemical analysis. After an instrument has been well calibrated, it is possible to recover the concentration of hydroxyapatite in samples of bone. This can be valuable information for monitoring bone growth and recovery, especially in experimental settings. Further, the high-resolution structural data can be used to … Continued

Lipid quantification is a valuable tool in measuring fatty liver disease. While it is possible to gather quantification information using a biopsy, it is less invasive and more comprehensive to perform quantification for an entire organ using magnetic resonance spectroscopy methods. While MRI signal is largely due to the presence of water molecules, it can … Continued

Enhanced Porphyrin Fluorescence Resulting from Intravenous Administration of ALA-5

Amunolevulinic acid (ALA) is a metabolic precursor to protoporphyrin IX (PpIX).  Should the metabolic pathway be overloaded with ALA, the fluorescent PpIX will be abundant in metabolically active regions such as malignant gliomas and meningioma, but generally increases fluorescence in epithelial and neoplastic tissue.  One application of ALA is photodynamic therapy (PDT), a procedure that … Continued

Rhesus Teeth Segmentation by Use of Multi-Atlas Library

A fully automated tooth segmentation tool was developed to aid in the detection and segmentation of rhesus monkey teeth in CT images. The tool utilized multi-atlas segmentation at several resolutions and levels of zoom to minimize the processing time while still maintaining high accuracy in the segmentations. Twelve CT images were provided with regions of … Continued

Clinical data acquisition and reconstruction protocols are well established for 18F-FDG imaging and a few select other tracers. However, establishing guidelines for acquisition and reconstruction in novel tracers is often a “best guess” proposition. In this study, predictive modeling and simulation were used to inform protocol design for a novel, diagnostic radiolabeled peptide. Identification of … Continued

In the life sciences, a mechanistic model is one in which the data are explained by a deterministic set of equations that relate to biological processes. The mechanistic model that we use and study the most is a tumor pharmacokinetic model based on Krogh cylinder geometry. Model equations are shown in Figure 1. Figure 1 … Continued

Analysis of microglia morphology was adapted into an automated workflow. Images of stained microglia were processed to identify nuclei and isolate cell structures that enabled the generation of nuclear masks, cell masks and skeletonized cell masks. Metrics such as area, maximum distance and number of branch points were extrapolated from the masks to perform Linear … Continued

A forward model for CFT imaging simulation was developed. A comparison of forward and inverse schemes on the Digimouse, constructed to mimic high signal in organs of filtration (“Truth”), shows differences for different reconstruction techniques. The liver in the simulated measured image appears artificially dark due to high optical absorption. If each tissue is allowed … Continued

Intraoperative tumor identification is prone to error because it is mainly based on visually identifying the changes in tissue morphology. To address this, surgical cameras are utilized to better distinguish tumors from normal tissue. A recent, first-in-human study showcased a novel technique using an FDA approved therapeutic antibody, Cetuximab, labeled with IRDey800 for more accurate … Continued

Dosimetry analysis is a multi-step process that utilizes different tools to generate estimates of tissue time-activity curves and the associated radiation absorbed dose. This process can be broken down into three steps: (1) calculation of mean residence time (MRT) values, (2) production of dosimetry output using OLINDA, and (3) quality control of dosimetry output by … Continued

Volumetrics is an image processing method linked with preprocessing steps and a multi-atlas segmentation workflow that utilizes image registration systems (e.g. MRI and CT). The overall goal is to report volumetric measurements of selected regions of interest (ROI). Preprocessing consists of improving signal-to-noise ratio while maintaining local structure and removing superficial regions outside the analyzed … Continued

Functional Magnetic Resonance Imaging (fMRI) is a flexible set of techniques that image aspects of blood flow to measure regional variations in brain activity. Task-specific patterns of activity can be derived using a wide variety of perceptual, emotional, or cognitive task paradigms, or alternatively, baseline brain function and connectivity within brain networks can be assessed by … Continued

An important aspect in drug development is the characterization of the drug-target pharmacokinetic (PK)-pharmacodynamic (PD) relationship. Pharmacodynamics describes the observed effect of a certain drug concentration on an organism, while pharmacokinetics describes the observed effects of the organism on the administered drug. The rationale for PK/PD-modelling is to link the blood concentration of the drug … Continued

The radioactivity concentration measured during a PET/SPECT exam can be related to the underlying physiological processes by using appropriate tracer kinetic modeling techniques. The identification of the correct quantification approach is fundamental to derive an accurate description of the biological processes. Kinetic analysis allows quantitative functional imaging of a variety of physiological parameters such as … Continued

Dynamic x-ray imaging includes a pulse source, short-exposure time and dose is equivalent to the conventional static system. Once imaging is complete, the image is registered into the ANTsR system for motion correction on intra-subject, inter-subject and/or dynamic to static. Multi-Atlas segmentation with joint label fusion is then implemented using a deep convolutional inverse graphics … Continued

A tumor cell line (4T1 mouse mammary tumor) expressing luciferase, an oxidative enzyme that produces bioluminescence and DsRed, a fluorescent protein, were used to compare the sensitivity and resolution of bioluminescence imaging (BLI) and Cryofluorescence Tomography (CFT) (Figure 1). Half a million cells were injected into immunodeficient NSG mice via their hearts’ left ventricles. A) … Continued

Antisense oligonucleotides (ASOs) are utilized for treating central nervous system (CNS) disorders due to their specificity and long-lasting pharmacological effects. Due to the size and charge of ASO particles, intrathecally (IT) administration is used to bypass the blood-brain-barrier (BBB). The anatomical and functional properties of the intrathecal space make it difficult to determine the pharmacokinetics … Continued

A multi-modality gene therapy study was conducted to determine whether there was a correlation between carrier distribution and gene transduction. To answer this question, we compared the bio-distribution and PK of a radiolabeled AAV to its subsequent iRFP gene transduction and expression in Sprague Dawley rats. Subjects were intrathecally (IT) administered I125-AAV and AAViRFP together … Continued

Radiolabeling of a DOTA Conjugate Antibody for Theranostic Applications

A sponsor provided a monoclonal antibody conjugated to DOTA chelator through a surface lysine. Invicro radiolabeled the DOTA-conjugate with both In-111 for SPECT imaging and Ac-225 for targeted alpha-therapy. Next, a rodent xenograph model was implanted with antigen-expressing tumor cells in one flank. SPECT imaging of In-111 labeled mAb showed accumulation of the radiotracer in … Continued

Invicro synthesized a series of twenty-four potential A2a ligands, based on the scaffold of preladenant, which could be readily radiohalogenated. This series was screened in vitro for binding efficiency to the A2a receptor. Six of the most potent ligands were radiolabeled with either F-18 or I-123 and screened in vivo in NHP for brain uptake, specific uptake in A2a-rich … Continued

Radiolabeling of a Virus for Intrathecal Injection and Biodistribution Assessment

Invicro evaluated two methods for radiolabeling adeno-associated virus (AAV) capsid with I-125. An indirect method with [125I]SIB resulted in poor labeling efficiency (<2%). The direct method with [125I]iodide via Pierce iodogen method resulted in excellent efficiency (>90%). The radiolabeled AAV capsid was then purified by SEP cartridge and formulated for intrathecal (IT) administration and stability … Continued

Invicro UK (formerly Imanova) worked with Vernalis, a biotech company, on a drug candidate targeting the Adenosine A2A receptor for treatment of neurological disorders, which demonstrated how imaging can be used to provide early information in man and reduce both the cost and time of entering proof-of-concept studies. In this instance, a suitable PET ligand, … Continued

The ability to quantify the capacity of a central nervous system (CNS) drug to cross the human blood-brain barrier (BBB) provides valuable information for de-risking drug development of new molecules. In this study, led by Invicro UK (formerly Imanova), a suitable PET ligand was not available for the evaluation of a potent muscarinic acetylcholine receptor … Continued

Use of MRI to visualize weight-loss under the skin

MRI structural scanning of the body has been used in a study of the weight-loss treatment Orlistat (sold as ‘Alli’ in the UK). The MRI images in this case were used to quantify the amount of fat lost over a 3-month period, while the subjects were following a calorie-controlled diet and also using Alli. Overall … Continued

Researchers at Invicro UK (formerly Imanova) Limited have produced and tested a promising new imaging biomarker which may help to accelerate drug development for CNS disorders whilst further elucidating the function of the phosphodiesterase 10A (PDE10A) enzyme – a key target in CNS disorders which holds the interest of the pharmaceutical industry and academics alike. … Continued

Electronic cigarettes are a relatively novel technology, and research on their effects is still quite lacking. Invicro UK (formerly Imanova) scientists recently began to use e-cigarettes as substitutes for real cigarettes in a study of brain activity in smoker’s, using functional MRI (fMRI). Practical and safety issues mean that it is impossible to visualize brain … Continued